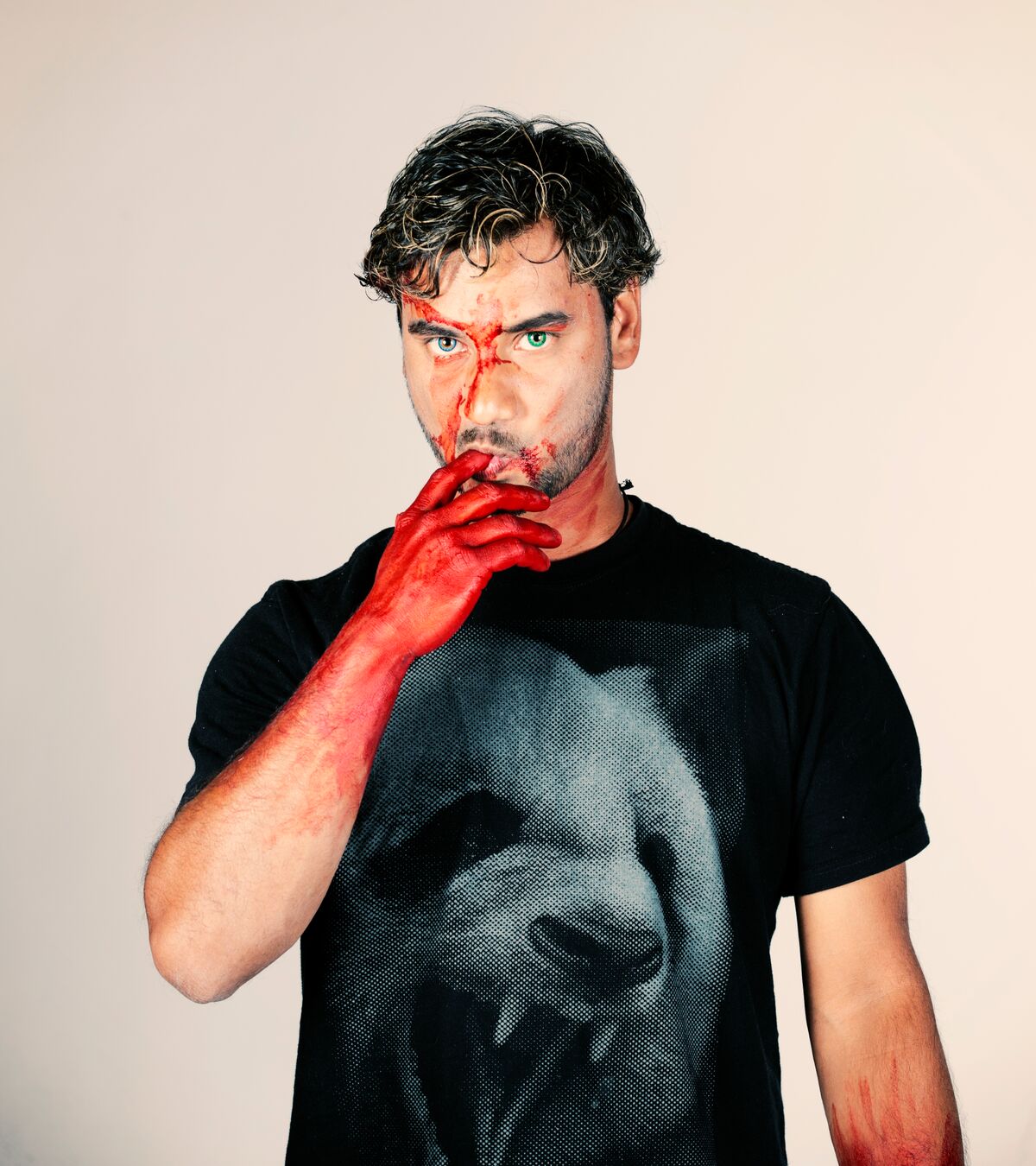 BoyEatsGirl is an Australian extreme metal project driven by one man.

Rick ‘Cleveland’ Pinto created Boy Eats Girl in late 2015 and released his first single, ‘She Shattered Like Glass’, in April 2016. The first single rapidly gained attention and has built itself a solid following. After being featured in many articles from magazines and blogs such as The Pit and Blank Tv, Boy Eats Girl released another single entitled ‘The Ebony Curse’.

Both singles featured on BEG’s EP release ‘The Answer to Infection’, which launched digitally on December 10th worldwide and was shortly followed by physical releases and merchandise in early January 2017.

‘The Answer to Infection’ is a concept piece that takes you on a journey open to interpretation: through the mind of a man captured in all the stages of a psychotic break; from a dark romance, to heavy abstract delusions, to a remorseless rage. The complex and unusual story is coupled with fast, heavy rhythms, technical riffs and an aggressive voice, communicating every emotion. Roman Koester meticulously produced the Answer To Infection’s unique and powerful sound at Complex Studios in BoyEatsGirl’s hometown of Melbourne. Rick says,

“There is no one I trust more than Roman to give BEG that signature sound. That guy is a wizard at what he does with extremely heavy artists.”

There had been controversy surrounding the record release, having been called “misogynistic and too violent”, but that simply wasn’t the case. The extreme nature of the genre means everything was intentionally displayed in a gritty, cold and isolated world. BoyEatsGirl touches on various emotions and potential dangers that come out of love lost and lust. The character in the story was created out of a twisted, darker side of a love story. This isn’t for everyone, but can help and comfort those experiencing similar feelings as the protagonist. For those who don’t have a personal connection to the story, it was written in a way that can paint an interesting dark fantasy based image for whomever is listening.

Boy Eats Girl’s popularity grew following the release of the two singles and in mid to late 2016 Greg Kirsch, owner and founder of Chugcore Entertainment, approached Boy Eats Girl. Chugcore has helped many underground bands grow over the years and offered to help Boy Eats Girl take physical merchandise internationally and spread the name across the global scene. Boy Eats Girl already had an online store in Australia and remains an independent artist nationally but states:

“Without the help of Greg and being backed by Chugcore, it would have been a lot slower with PR reach and distribution to set up all by myself. Greg has been amazing with all the work he put in getting Boy Eats Girl as noticed as it has been. I’m so glad I came into contact with Greg and cant speak highly enough about him and the company he has built.”

Since the official EP release in January 2017 Boy Eats Girl’s has been cast into the limelight and mentioned positively in the underground extreme metal scene.

During the same time, the project has received numerous awards and praise including: #2 best EP/Album of the year by Chugcore, Artist of the week by The Circle Pit, with singles “The Ebony Curse” and “She Shattered Like Glass” repeatedly being rated as best single on various blogs and YouTube channels.

Boy Eats Girl is hitting the studio again this year, wasting no time and starting work on a new full-length album. The next release is said to not be a concept piece like the previous EP but something that casts a broader net to interact with a bigger audience. After getting to know Boy Eats Girl’s ever expanding following that he refers to as ‘Girl Eaters’, Boy Eats Girl wants to create something even more personal that speaks to everyone within this new movement. It will be faster, heavier and deeper than ever before. This album will be truly dedicated to Girl Eaters worldwide.